This story is based on the Huskar Pit Disaster near Nabs Wood in South Yorkshire. The disaster occurred in 1838 before there was any legislation to protect workers in mines and children as young as seven years old worked up to fourteen hour shifts in the mines.

No glimmer of hope

In the complete darkness, the children passed through the air door at the bottom of the drift leading up to the air-hole in Nabs Wood. It closed with an ominous thud behind them as they toiled up the slope in front of them.

It was a relief that they were nearly there and would soon be climbing through the day-hole and out into the wood. Happiness filled James heart at the thought of the welcoming world above ground. He could visualise the glimmer of light from the air-hole.

As they approached the final air door, between them and freedom, it burst open, releasing enormous amounts of dammed up water.

The children heard the roaring passage of the water through the tunnel. Dread gripped them. They turned and ran back the way they had come. The wall of water washed down the drift, collecting the children and sweeping them along the passage until it reached the air door the children had recently passed through. Shrieks and wails rent the darkness as the children struggled against the water. Brothers and sisters cried out for each other in desperation. Within minutes many of them were drowned.

Those that survived were lucky. Uriah and Elizabeth managed to slip into a slot in the day hole when they heard the water coming.  Others were able to escape through a slit in the tunnel that lead to the Moorend Colliery.

The survivors raised the alarm when they finally reached the surface.

Later they learned that the swollen stream in Nabs Wood had overflowed into the ventilation drift, pouring down the hole until it reached the first air door. More and more water built up behind the door until it gave way to the immense pressure.

The bodies of the children were found altogether, piled up in front of the air-door. Fathers wept as they identified their missing children and helped carry the bodies to the surface, through Nabs Wood and to a barn at the side of the road.

This story was written for Sue Vincent’s Thursday photo prompt. This week’s prompt word is Glimmer. You can join in here: https://scvincent.com/2018/10/18/thursday-photo-prompt-glimmer-writephoto/ 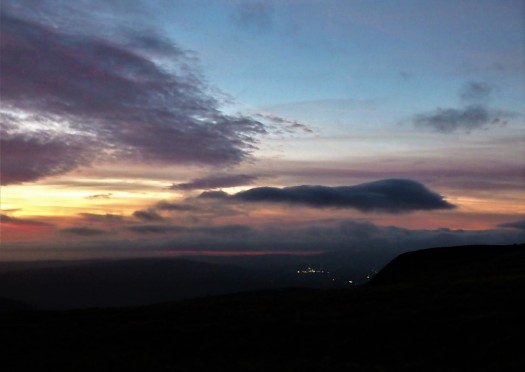