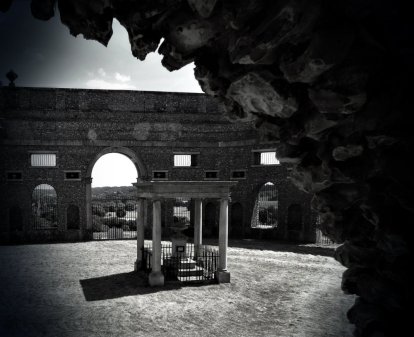 “Bloody mosquito” she grumbled when she saw the small raised red bite on her son’s chin bone.

“I want to swim, Mom,” Jack whined as she anointed the bump with an antibiotic cream and covered it with a plaster.

“You can swim, Jack. I am just covering up your mozzie bite so it doesn’t get infected. The sea near the harbour is not as clean as it could be.”

Two days later the family set off on the seven hour drive back home.

Lilly was worried about her son’s bite. It had come up in a huge red lump. Their holiday home was a bit off the beaten track and the one local doctor had not been available the day before. Apparently people who lived in St Lucia didn’t get sick on a Sunday. She had taken Jack to the pharmacy to see if anyone there could help. The pharmacist had suggested that the bite could be a spider bite. He suggested she lance it and had given her a tiny blade to use for this purpose.

Lilly had tried to open the bite and squeeze out the pus but Jack had screamed. She hadn’t managed to get much out compared to the size of the hump on his leg. She had smeared the bite with antibiotic cream and covered it with a gauze bandage.

By the morning, Jack had developed a fever and was sweaty and nauseous. Lilly wanted to take him to the emergency room at the local hospital.

“Don’t worry,” Grant said, giving her arm a gentle squeeze. “We’re going home and you can take him to his pediatrician.”

Jack’s condition worsened during the 7 hour drive and Lilly insisted that Grant take them straight to the hospital where his pediatrician worked.

Most fortunately, Dr James was doing her hospital rounds when they arrived and she was able to see Jack straight away.

“Blood poisoning,” she gave the verdict after hearing Grant and Lilly’s stories and inspecting the inflamed and angry bite.

“I don’t understand why the bite became infected,” Lilly said. “Jack was swimming in the sea. I thought salt water sanitized wounds.”

“Not any more,” Dr James said. “The sea is full of bacteria’s that can cause this sort of infection nowadays. I don’t recommend swimming in the sea at all.”

Dr James lanced the bite and squeezed out a fat, sausage of green pus. It was as thick as toothpaste squeezed from the tube and it made Lilly feel sick. Jack had screamed the house down and scared all the other children and their parents in the pediatric ward.

“I am going to insert a drip for the intravenous antibiotics and pain killers,” said Dr James. “Don’t worry, Mrs Watson,” she smiled reassuringly at the anxious expression on Lilly’s face. “Jack will be fine in a few days time. This antibiotic is strong and very effective.”

Lilly felt relief sweep through her body. It looked as though Jack’s illness would not throw long shadows over their lives. She said a silent prayer of thanks for modern medicine.

This piece was written for Sue Vincent’s weekly photograph prompt – Shadows. You can join in here: https://scvincent.com/2018/11/15/thursday-photo-prompt-shadows-writephoto/