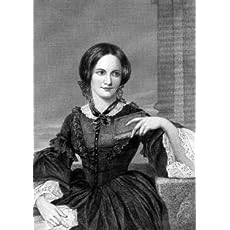 I love this book. I have read it a half a dozen times over the past twenty-five years and each reading has highlighted something new and delightful for me. My husband gave me the BBC Radio audio version of this amazing classic for Christmas and I listened to Jane Eyre the very next day as we traveled to our holiday destination.

Jane Eyre is an orphan who is taken into the home of her uncle to be raised as his own. Her aunt is a selfish and impatient woman who resents this feisty interloper into her family and, after her husband’s death, she uses an altercation between her son and Jane as an excuse to send her to a charity school for girls called Lowood. Lowood is established in an unhealthy area and many of the girls, including Jane’s newfound best friend, Helen Burns, suffer from illnesses. Jane survives an outbreak of typhoid at the school but, sadly, Helen dies of consumption and Jane is again left friendless. After nine years at Lowood, during which time Jane has become a teacher at the school, she decides to spread her wings and seeks a post as a governess.

She obtains a post as the governess to a single young girl, called Adele who lives with her absent father, Mr Rochester, at Thornfield Hall. Upon her arrival, Jane discovers that Adele is French and speaks very little English. She sets about the task of educating her in English and develops a fondness for both the little girl and the housekeeper.

It is some months later before Jane meets the mysterious Mr Rochester. She is out walking when a passing horseman’s animal slips on the ice, throwing the rider. Despite the surly attitude of the rider, Jane helps the injured man regain his horse. On her return to the house later that evening she discovers that Mr Rochester is home. A relationship develops between the kind and competent Jane and her cantankerous master. Mr Rochester decides to remain home for a period and host some of his friends including Miss Blanche Ingram, who it is rumoured will marry the master. Jane buries her own feelings for Mr Rochester and continues with her daily tasks despite some strange night time goings on in the house including eerie and raucous laughter, a mysterious fire in Mr Rochester’s bedroom and an attack on a house guest, Mr Mason.

What or who is responsible for the strange noises and activities in the house? How does the relationship between Jane and Mr Rochester progress? Does Jane ever see her aunt again? These are the questions this brilliant mixture of a Gothic novel and a romance answer.

Initially published under the pseudonym Currer Bell in 1847, Charlotte Brontë’s Jane Eyreerupted onto the English literary scene, immediately winning the devotion of many of the world’s most renowned writers, including William Makepeace Thackeray, who declared it a work “of great genius.” Widely regarded as a revolutionary novel, Brontë’s masterpiece introduced the world to a radical new type of heroine, one whose defiant virtue and moral courage departed sharply from the more acquiescent and malleable female characters of the day. Passionate, dramatic, and surprisingly modern, Jane Eyre endures as one of the world’s most beloved novels.