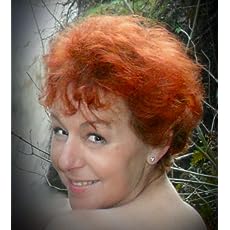 “Foxes, Welch!”
When Special Agent Tommy Welch is called into Tee’s office, he has little idea of the perils of his latest assignment. Accompanied by the sensuous Miss Hunnyfludd, Welch believes he is to investigate an outbreak of mysterious Foxes. Instead Tommy finds himself flung far back in time, to the court of King Arthur, where a Green Knight is about to extend a deadly challenge…

Within the humorous spoof that frames the story, the reader is transported to Camelot to witness the confrontation of Gawain and the Green Knight. Based upon the story that lies deep at the heart of Arthurian lore, the threefold nature of the ancient myth unfolds…

This is a most unusual book which presents three concepts from English mythology in the form of a graphic novel. It was not what I originally expected but I did enjoy this unique idea. The book starts with a humorous spoof on the well know British spy, James Bond, and his secretary, fondly referred to in this book as Miss Hunnyfludd.

Sir Gawain sets off on a quest into the Enchanted Forest to try and find a way to save himself. He encounters an enchanted hind who tells him a riddle which he must solve within the year in order to avoid death. Sir Gawain meets adversity during his quest to find the answer to the riddle in the form of, among other things, a hag who wants to marry him and the wife of Lord Verdant.

A year later Sir Gawain faces the Green Man in a duel and a single drop of his’s blood is spilled, conjuring up the dancing foxes of ancient times. What happens to Sir Gawain? Do the dancing foxes have a message for him? Does the British spy travel safely back in time? Read this book to find out these answers. At the same time you can enjoy the lovely illustrations.

27 thoughts on “#Bookreview – Mr Fox and the Green Man”