Those of you who follow this blog will know that I am one of eleven authors who have each contributed three short stories to a murder mystery anthology due to be released in early July. In advance of the publication of this book, I am running a series of posts to introduce you to some of the other contributing authors.

This week I am introducing you to author Stephen Bentley. Welcome Stephen to Roberta Writes. 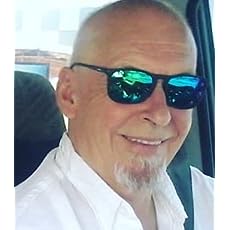 Stephen Bentley is a former UK police Detective Sergeant and barrister (criminal trial attorney). He is now a freelance writer and an occasional contributor to Huffington Post UK on undercover policing.

His memoir ‘Undercover: Operation Julie – The Inside Story‘ is a frank account of his undercover detective experiences during Operation Julie – an elite group of detectives who successfully investigated one of the world’s largest drug rings.

When he isn’t writing, Stephen relaxes on the beaches of the Philippines with his family where he now lives, often with a cold beer and a book to hand.

You may find him on:

Tell us a bit about yourself

Other than what people learn about me from my bio, I guess I can add I possibly read as much as I write. My favourite genre is crime fiction but I have a fairly catholic taste in books so I do enjoy other genres such as historical fiction, and memoirs of interesting people.

Oh, I would also mention I am a big fan of Liverpool Football Club.

What drew you to writing short stories in the genre of murder mystery?

I spotted a contest on Goodreads, entered with three stories, and one of them won.

I was naturally delighted and encouraged me to write shorts. I do enjoy writing them as there is a completely different technique involved from writing longer books.

Who is your favourite murder mystery writer?

Difficult to pick out just one. If forced, I would say Michael Connelly.

What is your favourite murder mystery book or series of books and why?

The Harry Bosch series by Michael Connelly. But I also like his books featuring Detective Renee Ballard, particularly The Late Show.

I love these books written by this author mainly because the characters, locations, dialogue, and plots simply ooze credibility. As a former detective turned writer, nothing galls me more than crime fiction lacking any basis in reality.

Connelly was for many years an LA crime reporter with the LA Times. It shows. He knows cops and what makes them tick and understands the murky depths of deadly crime and human weaknesses.

What is the overarching theme of your three short stories in Death Among Us?

That one is easy. My three short stories were those I wrote for the Goodreads completion including an award-winner, The Rose Slayer.

Part of the competition rules was all submissions had to include this line of dialogue: “when I saw the bouquet of seven roses, I knew exactly who had murdered Mrs. O’Connell.”

Other than that, I would add the theme underpinning all three stories is human frailties that sometimes cause people to snap and go on to kill.

Thank you, Stephen, for your great answers to my questions. 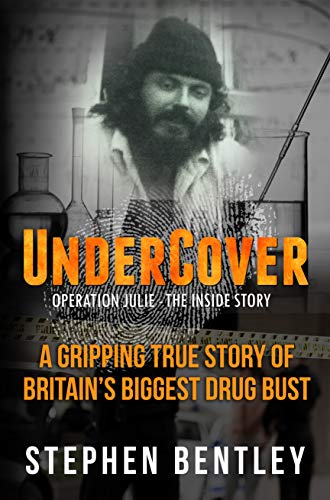 ‘Are you guys cops?’ the Canadian mobster asked.

Jackson was not his real name. He was an undercover cop.

Have you ever wondered what it takes to be an undercover cop? How you infiltrate a worldwide drugs gang?
What it feels like to live a double life? – to ‘live a lie.’

Read this gripping true story of Britain’s biggest drug bust and get inside the head of a real undercover cop, an infiltrator.

The underworld knew the author as Steve Jackson. How did he successfully infiltrate the two gangs? Did he have to take drugs? And how did ‘living a lie’ affect him?

The author, Stephen Bentley, was one of four undercover detectives engaged on Operation Julie, one of the world’s largest drug busts. Together with his undercover partner, he infiltrated the gang producing around 90 percent of the world’s LSD and uncovered a plot to import huge quantities of Bolivian cocaine into the UK.

He operated in the era of no undercover training, improvising as he went along: a pioneer infiltrator left to his own devices.

At the culmination of Operation Julie, fifteen defendants, including doctors, research chemists, a writer, and ‘professional’ drug dealers were sentenced to a combined total of one hundred- and-twenty-four-years imprisonment.

This huge and unique covert police operation is still today the point of reference for all British undercover operations and training. In 2011, the BBC claimed this massive operation was the start of the war on drugs.

The author and his book have featured on BBC Newsnight, BBC Wales News, BBC Radio 4 World at One and BBC Five Live, BBC regional radio in addition to Wales on Sunday, London’s Guardian and Sunday Express newspapers.

It is now optioned to be adapted for a feature film.

5.0 out of 5 stars Cerebral, intense page turner. Turn off Netflix and read this true crime novel!

We all love undercover cop movies but this book allows you to really get into the head of what’s it feels like to be deep uncover. Mr Bentley shares the gritty details with a touch of humor along with good old fashioned police work.