I am over at I Read What You Write blog with a guest post: Characterization: Katharine de Montacute, one of the ghostly characters from Through the Nethergate, and there is a lovely review of the book included. Thank you to I Read What You Write for hosting me and to Great Escapes Book Tours for organising this tour. You can find the details here: https://www.escapewithdollycas.com/great-escapes-virtual-book-tours/books-currently-on-tour/through-the-nethergate-by-roberta-eaton-cheadle/

Katharine is a young girl born in the 14th century to a wealthy family dominated by her grandfather, Sir Edward de Montacute. She is a beautiful girl and has a wonderful life with a secret admirer who she hopes to marry until her father decides to enter her into the Benedictine Priory in Bungay. She feels obligated to follow her father’s wishes and joins the Priory as a novice.

Katharine hates life in the convent as she is in love with her admirer, William, and devoted to her family. She struggles to adjust to losing them all and being compelled to devote her life to prayer and charity. She manages to make contact with William from within the convent and they make a plan for her to escape and for them to run away together. Naturally, this does not work out as intended or hoped, and it ends in the death of Katharine. Her resentment at the time of her unnatural and harsh death, enables Hugh Bigod, the black dog of Bungay, to pursue her to turn away from Heaven’s white light and remain in the Overworld as a ghost. Katharine joins the ranks of Hugh Bigod’s ghostly slaves.

Katharine meets Margaret fairly early in the book and, as a result of this meeting, reincarnates and regains her physical form.

She is an intelligent woman, but is a product of her time and is physically and emotionally submissive to firstly, her father and subsequently to William and then Hugh Bigod. Her intelligence is demonstrated when she takes the lead in explaining the situation to Margaret’s grandfather after she is kidnapped and also takes the initiative in going to fetch Father Merton when he is identified as the man who can help them with their difficult situation. She is also the incarnate that gives Margaret the information about how Hugh Bigod would possibly be overthrown.

Katharine is empathetic and feels terrible when she realises that the ambitions of the ghost to use Margaret’s powers to help them escape their eternal servitude has put her in danger. Her guilt is exposed during her conversation with Father Merton at his rectory:

“Katharine had finished speaking and was looking at him. Her lower lip trembled and tears formed in her luminous eyes. “I feel so guilty. Our desire to be free of the Master caused this.
Our servitude was our own choice. We then chose to ask Margaret for help to free our spirits and now she’s been taken.”” 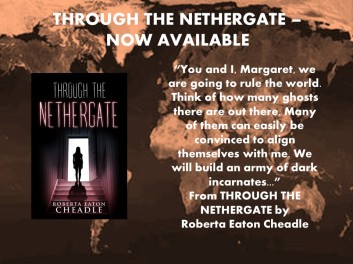 22 thoughts on “#Booktour – Characterization: Katharine de Montacute and a review”